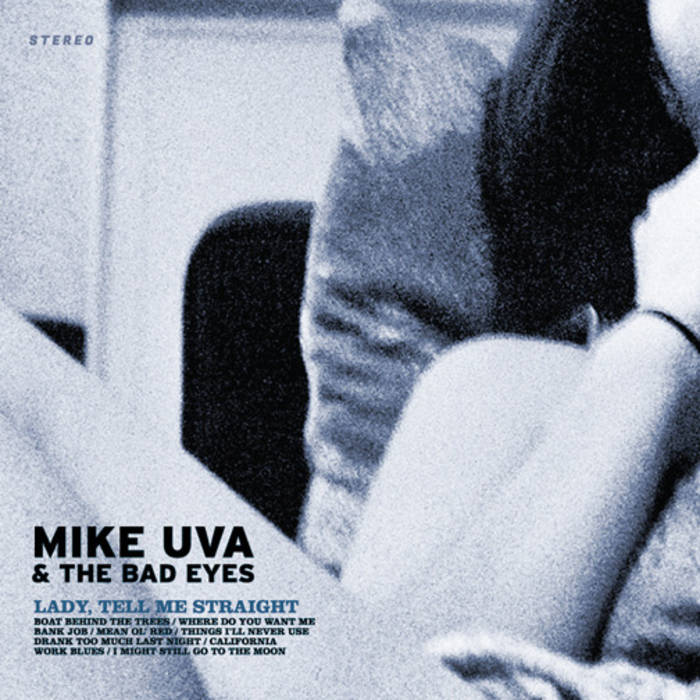 “Pedal steel wreathes the melancholy shuffle of the title track, while ‘Bank Job’ rambles through a Band-like daydream of American country rock. Lovely ‘California,’ masses the band's voices in ghostly folk harmonies, and equally gorgeous ‘Boat Behind the Trees’ finds a transcendence in simplicity and natural imagery. ‘Work Blues,’ follows a spectral blues lick through shimmering mirages of piano.

“In ‘Drank Too Much Last Night,’ the album's rough-riding, minor-key highlight, Uva starts the night with $5 and manages to make it last through a night that touches on love, friendship, and a love of music. . . . Uva scrounges borrowed bills and cadged drinks, as his guitar drives on and on, the song just about perfect in the way it celebrates small triumphs of creation and connection in a flawed world.

“Write about music long enough and you'll develop a short lists of artists that should be better known, that, for whatever reason, have never made the impact that their skill, by rights, should entitle them to. Mike Uva is somewhere very close to the top of my list, and Lady, Tell Me Straight only confirms his position as one of the best songwriters you never heard of.” —Jennifer Kelly, blurtonline.com

"You know that scene in Heartworn Highways, when all those guys are sitting around at Christmas drinking and playing songs and having a good time? 'Lady Tell Me Straight' . . . is like the summer barbeque version of that scene. Wise and witty lyrics with the low-fi acoustic pop accompaniment. Mike recorded this with a handful of musicians, two microphones and an 8-track recorder. With songs this good you don't need much else." —Clocktower Nine